The Worldspace of Atmora is referred to in several books in Skyrim and older Elderscrolls games.

Also, there are a few maps drawn by fans. This Page is to provide the official and most canon fan lore as a condensed form for usage for the modding project "Expedition to Atmora". 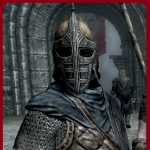